How do you get rid of garbage? Trash Collecting Entrepreneur Squashed In San Francisco 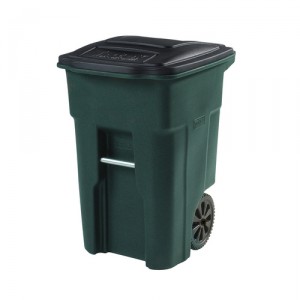 Joe from this story was collecting the garbage of his neighbours charging them third of what San Francisco garbage collecting company does. And he was going pretty good as business. The story did not last for long:

When the local garbage company and its union found out about “Joe” they complained to the city. Within a year a law was passed stating that garbage service was now mandatory for all residents at the price the city’s monopoly charged, which was shortly raised. And Joe? For a while he still took our recyclables until he was fined $4000, even though he had our permission. It appears our household recyclables are owned by the Garbage company, not us, as it subsidizes our low cost of garbage service!

This absolutely corrupted and wild business of wastes recycling… sigh… you can imagine yourself what are the numbers, if not just read the original and add to what it shows the numbers of what is payed by businesses for “commercial” waste…

It is obvious that doing something different then burring it on the dump will cause too much people to either find another way of making money or to just retire. So do you still believe in the “GREEN” initiatives promoted by your local politicians?